Artist Emma-France Raff decorates clothing and tote bags guerilla-style in the street using ink, a roller and manhole covers as her printing press 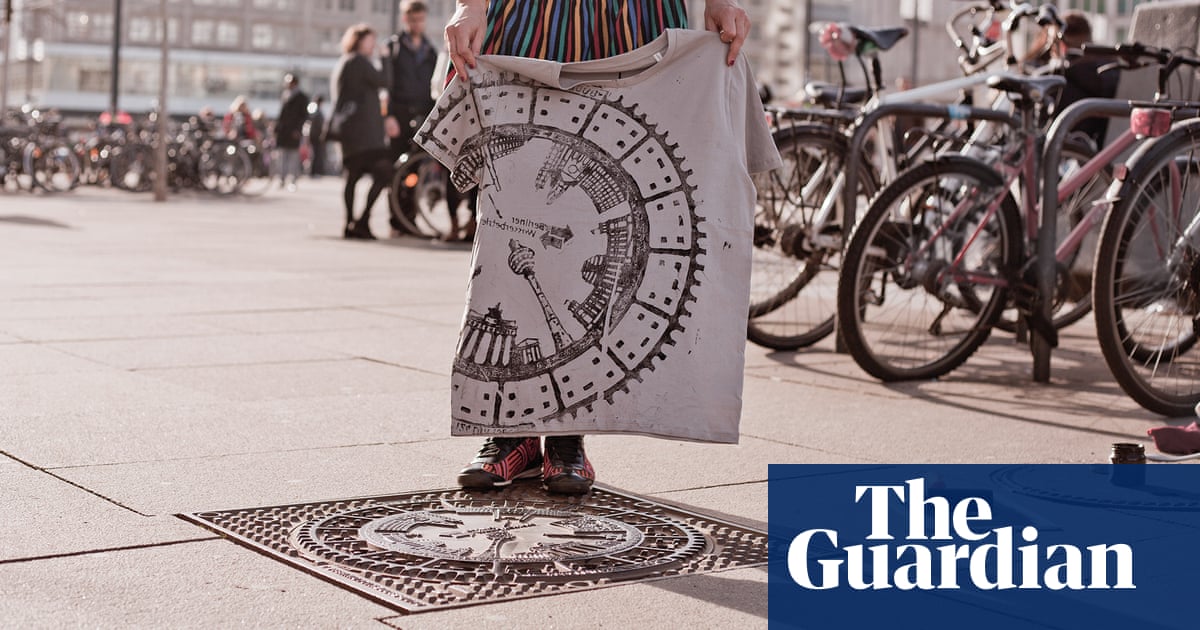 Its not often manhole covers and fashion are uttered in the same sentence, but for Emma-France Raff, these functional metal structures have a distinct charm.

So much so that she scours the streets of cities for ones with intricate details and textures which she uses as a printing press – painting them with ink and transferring their designs onto t-shirts, hoodies and bags.

The artist, who brings a whole new meaning to the term streetwear, gets some curious looks when she gets her roller, ink and equipment out, and starts printing on the ground in public places.

Plastic pollution and floating trash in the water resources is an ever-growing global problem. Not only it is dangerous for human beings, but also for the wildlife as well. Luckily, sometimes the simplest and easiest solutions are proven to be the most effective. This year the whole world heard about an Australian city Kwinana – and for a good reason. (Facebook cover image: City Of Kwinana) The drainage nets or so-called “trash traps” were placed in order to reduce the discharge of waste from drainage systems. The nets are designed to prevent pollutants and solid waste, carried by storm water from the local road network, from flowing into the nature reserves. The trash traps were placed on the outlets of two drainage pipes, located between residential and natural areas.

The nets, including manufacture, installation and civil work, cost the city about $20,000 Trash traps were proven to be extremely cost-effective, as manual labour (workers used to collect the trash by hands) was reduced to a bare minimum. Traps are relatively easy to install and when they get full – they are picked up with a crane.

After installation in March, in a period of four months, the nets caught around 815lbs (370kg) of trash The collected waste was transported into a sorting facility, where the green waste was then converted into mulch and recyclable/non-recyclable materials were separated. The city’s residents are glad that the nets were proven to be such an extremely successful project. The local wildlife benefited as well – not only do they live in a cleaner area, but the trash traps are not dangerous for them, as to date no animal has been caught up in either of the nets. “We know that the Kwinana community is very passionate about environmental initiatives and rallies around actions with positive environmental impact and if it was not for the drainage nets, 370kg of debris would have ended up in our reserve,” Adams added.

After the city officials made a post on Facebook about the project, it went viral in just under 48 hours “The success of the post with over 27k shares, 92k likes and 13k loves in just 48 hours from people all over the world, just goes to show how important it is for government at all levels to really start to focus on environmental initiatives such as these and realise that small actions can have big impacts,” Mayor Adams said.
The city of Kwinana is planning to install two additional drainage nets in the year 2019. The city has decided that it is the most efficient and cost-effective way of keeping the water trash-free. Imagine – if 815lbs of trash were collected in only four months, how much can be collected in a year or two? Hopefully, other places will follow the example of Kwinana and install nets in their cities as well.

Almost finished… To complete the subscription process, please click the link in the email we just sent you.

Our dependence on plastic has to end as we contribute to an estimated 12m tonnes entering our oceans, polluting marine life, every year 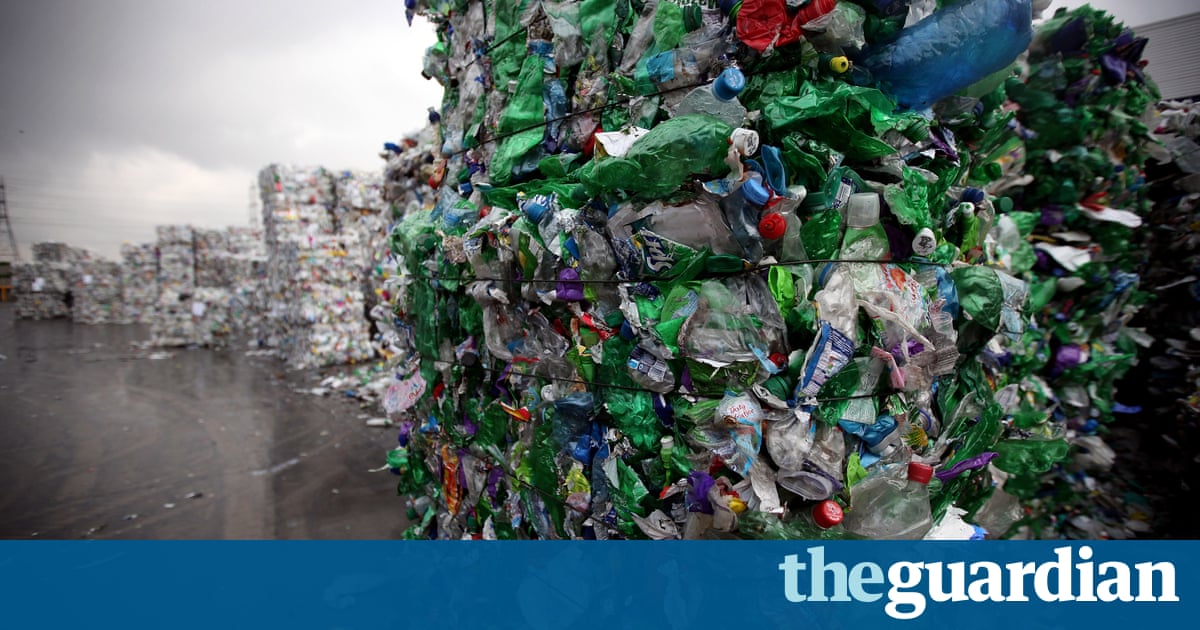 Staying hydrated is good for our health. But contributing to the ever growing mound of waste plastic is not only bad for the planet, but for our wellbeing too.

The global demand for plastic bottles, spurred on by the drinks industry, is wreaking havoc on the environment. Every year, about half a trillion new bottles are produced, and many billions end up in landfill, the sea or the environment.

Plastic is now present in every corner of the earth and in the food we eat. As the Guardian considers the extent of this crisis, we look at six simple things you can do to stop contributing to the issue, starting today.

The simplest thing you can do to reduce your contribution to the plastic mountain is to find a water bottle that you like enough to use more than once. There are multiple options to suit every taste. From stainless steel, bamboo or glass, to bottles with an option to add fruit to flavour the water, or flasks with filters that promise extra purity. Find the one that works for you.

Earlier this year UK scientists unveiled the Ooho, a fully biodegradable water-filled orb made of two layers of seaweed-based packaging. The biodegradable outside layer can be recycled, while the inside is edible and can be eaten as you drink the water (or discarded, as you wish).

The orbs are made using a culinary process that shapes and holds liquids in to spheres and are able to hold up to a litre of water. Ooho orbs are not on the market yet but the makers claim they could be cheaper to produce than plastic bottles.

Since the early noughties, staying hydrated has become a status symbol. A commodity that is free from the tap is now shipped from Fiji and sold for up to 5 a bottle. The marketing suggests that those clutching a bottle of water both look and feel healthier.

Public health guidelines recommend drinking eight glasses a day. Some scientists have suggested that drinking to thirst is enough to keep us ticking over, even when we are doing strenuous exercise.

Either way, nowhere does it say that you will be better hydrated if your water is sourced from a tropical rainforest or that constantly hydrating as you travel from A to B is necessary. Perhaps a glass at home and then one when you get to work will suffice?

Get over your embarrassment

Pluck up the courage to ask for the free refill to which you are legally entitled in the UK. In a recent study, 71% of consumers admitted to feeling uncomfortable when asking for free tap water from an establishment if they hadnt purchased anything. And 30% of people said they would still feel awkward asking for a free refill even if they had bought other food or drinks.

This might be daunting, but there is a whole movement dedicated to helping you. The refill campaign has been handing out water drop stickers to businesses to show people they are happy to offer them water for free. There is even an app that tells you which nearby business are participating in the scheme before you leave the house.

Make your own shampoo

According to Beth Terry, who blogs about being a reformed plastic addict, one route to a plastic-free life is to make the toiletries you would usually buy in plastic containers. Baking soda combined with salt can be used to make toothpaste, she says, or added to apple cider vinegar to make shampoo. Other environmental blogs suggest forgoing shampoo altogether: the theory goes that while the first few weeks will be greasy and horrible your hair and scalp gradually adjust to self-cleaning. If that sounds too extreme a shampoo bar could be a good compromise. At the very least you can buy in bulk to reduce plastic packaging waste.

Indeed, inventive shopping can have an instant impact on your plastic bottle consumption. Paperboard packaging is a better way to buy soups and juices. Soda drinks come in cans as well as bottles.And fizzy water makers are a good alternative to buying bottles of mineral water.

Even with the best intentions, there will probably be times when you have no choice but to drink from a plastic bottle. If this happens, the key is to make sure you recycle the bottle correctly so that it can be repurposed.

There are some ingenious examples of bottle reuse around the world. In Brazil plastic bottles have been bound together and transformed into solar heaters. In Algeria they have been filled with sand and used to clad walls in houses for refugees; and in India, a local enterprise recently made a bus shelter out of 1,000 old bottles.