You're not alone if you're thinking that the Star Wars franchise is seeming just a little bit … more compressed lately. The animated series Star Wars Resistance just brought its first season to an end by stepping into the shadow (and runtime) of Star Wars: The Force Awakens and in doing so left only the comics and books to remind fans there's a universe beyond the movies. Or, well, that's the case until Lucasfilm reveals more about the Disney+ shows. For now, though, let's get lost in what's going on in the run up to the next big Star Wars flick.

A Least One Person Has Seen (Some of) Episode IX

The Source: One lucky Disney shareholder

Probability of Accuracy: It's probably very accurate, if infuriatingly vague.

The Real Deal: While the rest of the world is impatiently awaiting a chance to see some footage from Star Wars: Episode IX, Disney shareholders have been enjoying the benefits of their investments with an early look at the movie. What did they see? Thankfully, one of those lucky enough to watch some footage shared brief teases on Twitter.

In short, pretty much everything you thought you'd see, except now you know that it's real. Or, at least, you have a stranger's word that they've seen something like it onscreen. Which, in this digital day and age, is pretty much the same thing.

The Source: Someone who should know: actor Matt Smith, rumored to have signed on for the movie

Probability of Accuracy: It's very difficult to tell at this point, thanks to a long tradition of misinformation.

The Real Deal: If it seemed as if everyone was in the final chapter of the Skywalker Saga, a twist in the tale has emerged, thanks to an interview with former Doctor Who and The Crown actor Matt Smith. Smith, you may recall, was reportedly cast in the movie last August, in a mystery role that no one could quite pin down beyond "He's probably a bad guy." Speaking with The Los Angeles Times, Smith offered a potential reason why nobody could work out who he was playing; he's not actually in Star Wars: Episode IX at all. "As far as I can tell, I'm definitely not," he's quoted as saying, and if that's not the most blunt lie in an effort to misdirect fans ever, it's something that will be genuinely embarrassing to everyone who reported that he was in the movie. (Including us. Oops.) For what it's worth, we remain convinced that he's in the film, and that this is just a very clumsy way to distract people from the eventual reveal, but time will be the ultimate decider…

This Is the End, Beautiful Friend

Probability of Accuracy: Again, this is somewhat vague, but probably very accurate because of that.

The Real Deal: Someone who's definitely in Episode IX is Oscar Isaac, who has been teasing the final chapter by teasing that it's … the final chapter. During an appearance on NBC's Today, he said that the upcoming movie "is the end of the entire Skywalker Saga—nine stories," adding, "This is the culmination of the thing. I think what J.J.[Abrams] has done, and really the whole Lucasfilm team, is going to be incredibly fulfilling. It's also special for us because you get to learn a lot more things about these characters." On the one hand, there was literally no new information revealed in what he said, but on the other, it's difficult not to speculate just what "this is the culmination of the thing" means. Does he just mean the current trilogy, or does the next movie somehow manage to provide closure for the entire nine-movie series—and, if so, how? (This may be a good time to remind everyone of the rumor that Matt Smith was going to play a young version of Palpatine in the movie. If, you know, he was in it.)

The Source: Online speculation based on some clothing choices

Probability of Accuracy: For now, let's go with "probably unlikely," but we reserve the right to change our minds later on.

The Real Deal: This one might be a bit of a stretch, until you recall the levels of Easter eggery present in Star Wars projects as a whole. Now that Episode IX has wrapped, images of the crew gear given out to those who worked on the movie have started to leak online, and people have theories about the particular design chosen.

Yes, that's clearly some kind of stormtrooper design (or redesign) being referenced, but in addition to looking like the 'troopers from The Force Awakens and The Last Jedi, there's something else that they look like … namely, the Clone Troopers from the prequel trilogy. (It's the "nose" in the new look, you see; they're not visible in any other stormtrooper design.) This has led to a lot of speculation that fans will see a new Clone Army in the final movie in the series, which would appear to be jumping to conclusions quite impressively, until you remember that whole thing about the new movie being a culmination of all nine films. Could that mean that we're going to see clones again, really?

Probability of Accuracy: It's 100 percent accurate, and you're not even reading this right now because you're probably already in line, aren't you?

The Real Deal: Much to the joy of many, Disney revealed that Star Wars: Galaxy's Edge is opening early, with California's Disneyland opening its own galaxy far, far away on May 31, and the Florida park opening its Star Wars-themed attraction on August 29. It won't be a full opening, however; as Disney claims, the much-vaunted Rise of the Resistance attraction will open later in the year, because the company "made the decision to open the land in phases to allow guests to sooner enjoy the one-of-a-kind experiences that make Star Wars: Galaxy's Edge so spectacular." That this is also likely to lead to return visits is, surely, just a happy coincidence. For those who can't wait until late May, more information about Galaxy's Edge will be revealed during a dedicated panel at Star Wars Celebration in Chicago next month.

His face is cute and elastic, making it a perfect vessel for comedy 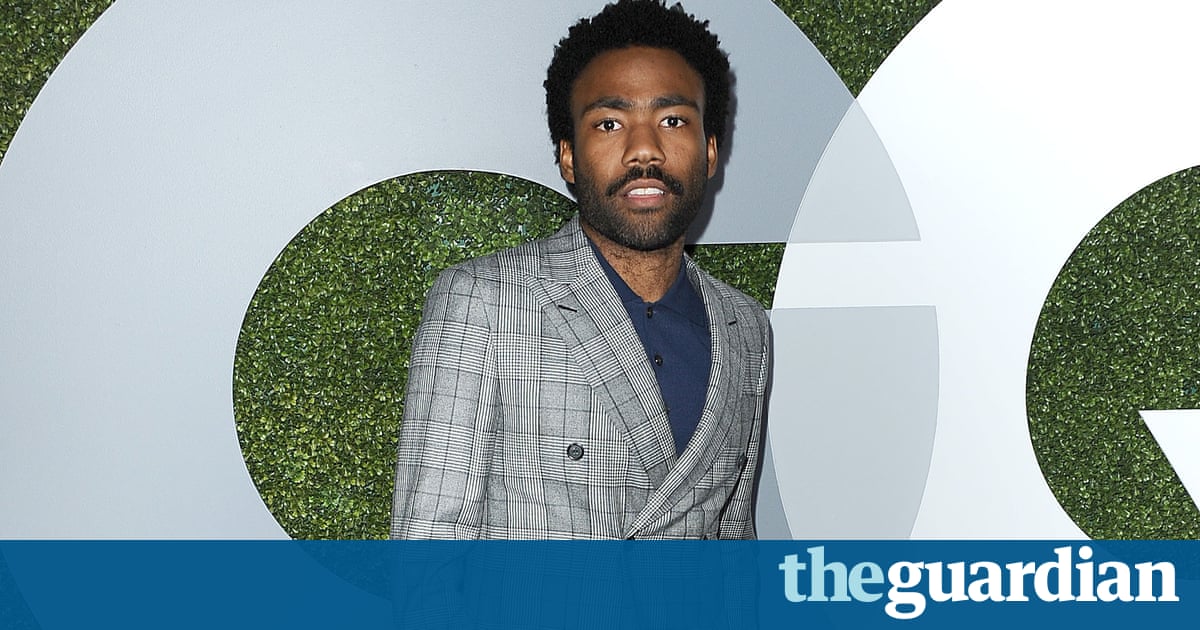 How many times have you scoffed at the wunderkind with the six-figure book deal? Or the singer with a record-breaking number of nominations for their debut effort? Its not just me, right? Somaybe thats why the subject ofthis weeks column remained in my yeah, whatever file for so long. I mean, who gets tobe good at writing and acting and making music and at such ayoung age?

Step forward, Donald Glover. No two ways about it: Glover, 33, had an excellent 2016. Ifirst heard of him in 2008, when he was awriter on the Tina Fey workplace comedy 30 Rock. He was only 23 when he washired and went on towin three Writers Guildawards for hiswork on the show. Naturally, Ifeltnothing butimpotent jealousy.

His face is cute and elastic, making it a perfect vessel for comedy (and a handy choice for reaction gifs). Glover also radiates sincerity even at the height ofsilliness. Theres something particularly soulful about his mien in Atlanta, the critically acclaimed (and Golden Globe-winning) comedy drama he created and stars in (one of my favourite TV shows of 2016).

His nerd credentials are also solid: hell beplaying Lando Calrissian in the new Star Wars movie, and has arole in2017s newSpider-Man film. ButitsGlovers music, released under the pen name ChildishGambino, Ive connected to most: I loved his PM Dawn and Tamia covers, but Ihavent stopped playing Awaken, My Love!, a beautifully funky and moving album, since itcame out last December.