Late-night hosts continue to assess the response to coronavirus, from so-called social distancing to hand sanitizer 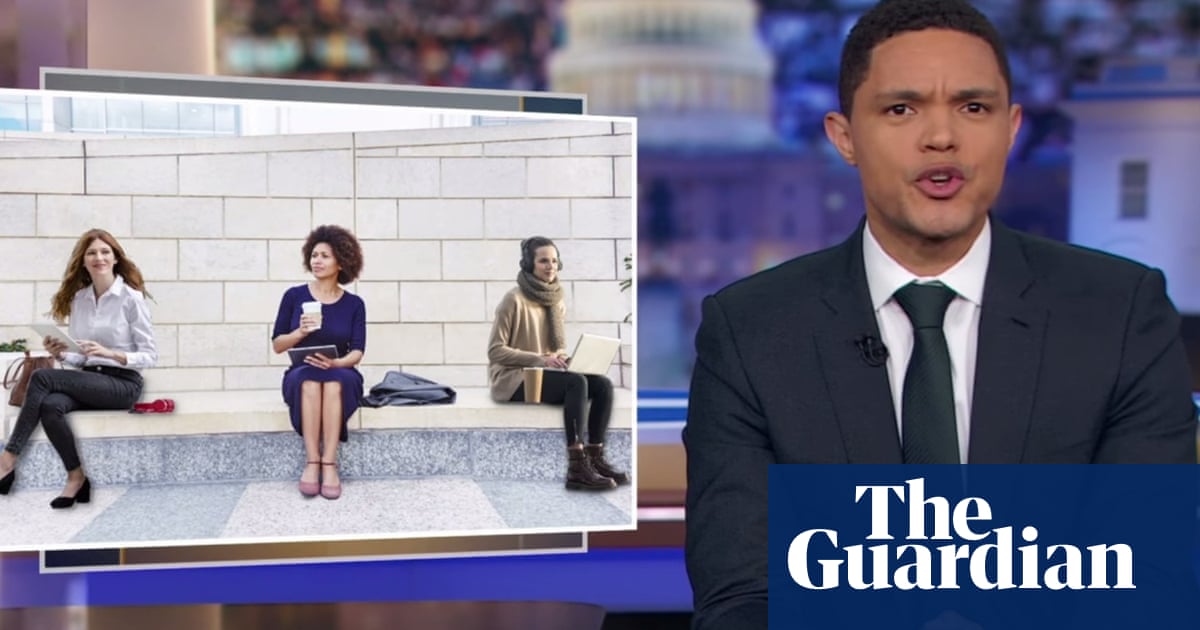 More and more events, festivals and political rallies are cancelled as Americans seek to stop the spread of coronavirus, said Trevor Noah on the Daily Show. The new phrase of the moment is social distancing, also known as dont breathe on me, bitch.

Social distancing is the term du jour for steering clear of crowded public spaces, such as subway cars and theaters, and close contact with other humans, sort of like the opposite of what you guys are doing right now, Noah told his studio audience. I actually wish social distancing was a thing when I was in middle school, because it wouldve made all the times I ate alone in the bathroom seem way more responsible.

Institutions and businesses are, in recent days, cracking down on social distancing. Colleges are cancelling classes or, in some cases, ending the semester. Google, Amazon and other businesses are encouraging or enforcing work from home policies. But in all seriousness, social distancing is not an option for much of Americas workforce because without paid leave, many people have to work, despite the danger, said Noah. Which is insane, when you think about it. Like imagine if Godzilla is attacking a city, but delivery people still have to keep doing their jobs.

The point of social distancing is to minimize the spread of the virus to protect vulnerable populations like the elderly and immuno-compromised people. But it turns out one of the groups whos most at risk just DGAF, said Noah, pointing to a CNN clip of Baby Boomers playing softball outside Orlando; when asked whether hed change his lifestyle to minimize risk, one said: I think thats bogus, and I think its something that each individual has to decide on their own.

Im sorry, thats insane you dont just get to decide what you think about a disease, said Noah. No one is in the doctors office like Doctor, be honest, is it bad? and the doctors like, Eh, its up to you.

On the Late Show, Stephen Colbert turned to the local coronavirus response in New York. The biggest cluster of cases is in the suburb of New Rochelle, where New Yorks governor, Andrew Cuomo, designated a one-mile-radius containment zone on Tuesday (Oh, what a cluster-suck, said Colbert) and deployed the national guard.

The national guard. Containment area. These are Family Feud answers to the question: Name something you hear in a zombie apocalypse, said Colbert. Show me: Oh God! Hes eating my brain!

Cuomo also cancelled gatherings to minimize the spread. Oh, so its just a precaution, nothing to worry about, said Colbert. In fact, Governor Cuomo tried to calm anxious residents, saying This is literally a matter of life and death.

Colbert pointed back to his Family Feud board. Show me: Literally a matter of life and death Number one answer!

Cuomo also announced that New York will produce its own hand sanitizer to be available at government offices, and since its New York, it will also be available on a folding table next to a fake Louis Vuitton clutch, used paperbacks and a bootleg DVD of Mr Poppers Penguins, said Colbert.

Given coronavirus fears, the Dow dropped 2,000 points on Tuesday, so the president immediately held a press conference to announce his plan to plan to have a plan to do stuff, said Colbert, who summarized the speech: Im here with Mitch McConnell, with others, with everybody to announce some hastily thrown together measures that I feel like Im just throwing handfuls of dry dog food at a charging tiger but, uh, heres a tax cut, or maybe some loans, substantial reliefs for everybody, small companies, fat companies, sexy companies, ugly companies! Tell me when one of these works!

Tuesday was Super Tuesday II, in which residents of several states such as Michigan and Mississippi voted on the remaining Democratic candidates: Bernie Sanders, Joe Biden, and in case they dont survive the coronavirus because theyre old, Tulsi Gabbard, said Jimmy Kimmel. Does Tulsi Gabbard know shes still in the race? It feels like one of those things where you forget to cancel your health club membership.

While Biden and Sanders cancelled rallies on Tuesday because of the coronavirus, Trump said he would continue on as normal, which is a first, Kimmel said.

Speaking of coronavirus, The White House says they have everything under control, which must be why they delayed the release of a report from the director of national intelligence that says the United States is not prepared to handle a pandemic, said Kimmel. One possible reason why we might not be prepared is back in 2018, Trump fired the entire US pandemic response team to save money.

But dont worry, he has a plan, Kimmel deadpanned: on Tuesday morning, Trump commented we need the wall more than ever on a retweet of someone who argued The Wall could save America from coronavirus. There are more than 1,000 confirmed coronavirus cases in America and fewer than 10 in Mexico, said Kimmel, so, hes right, the wall would help to protect them from us.