The drama tackling race, sex and slavery by the youngest black male playwright on Broadway is seeing queues and grabbing the attention of theaters biggest names 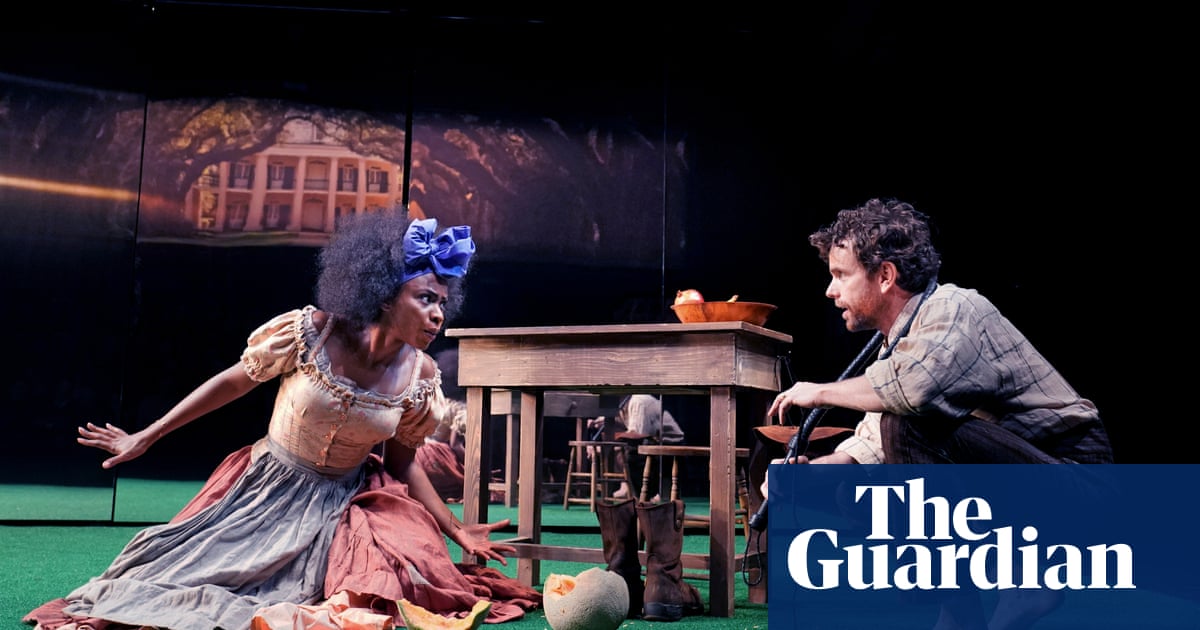 Slave Play does not officially open on Broadway until next month, but just a few nights into previews the ground-breaking drama is already sparking an animated debate over race, drawing queues down the street and the attention of some of the biggest names in theatre.

The play, which Jeremy O Harris wrote while he was still in his first year at the Yale School of Drama, tackles race, sex, sexuality and slavery through the lives of three modern day interracial couples against the backdrop of a plantation in Virginia. The Rihanna song Work also features the lyrics to which hang in Manhattans Golden Theatre.

Harris is part of a new wave of diverse theatre-makers and playwrights including Jackie Sibblies Drury, who won a Pulitzer prize for Fairview, and Tarell McCraney, who won an Oscar for Moonlight and whose play Choir Boy was recently on Broadway who are bringing new work and new voices to New York theatre. They are also changing perceptions of what can be commercially successful in the process.

Slave Play, directed by Robert OHara, was performed at New York Theatre Workshop last year, where it attracted rave reviews and sold-out audiences that included stars such as Madonna, Whoopi Goldberg and Scarlett Johansson. It also attracted anger from some in the form of a campaign to shut it down and a petition started by a woman who said it left her offended and traumatized.

But when, months later, it was still being talked about, the shows producers decided to take it to Broadway.

At just 30 years old, and only months since graduating, Harris is now the youngest black male playwright ever to have a play on Broadway, a place where he never expected his work to find a home.

Its really humbling and exciting that a work like this is going to Broadway, but its also raw, he said. Its a lot of different emotions for me because theres a history on Broadway and Im not really a part of it, or people like me arent really a part of it. You can probably count on your hand, on your right hand, the amount of black queer men or women who have had successful Broadway careers.

Theres definitely some energy happening I dont know that I can call it a sea change until its not a surprise that a young, black and queer person is on Broadway and having a show that people want to see, said Harris.

Lead producer Greg Nobile said the golden age of television and social media have helped shift audience tastes. Were seeing actively the conversation about what is commercial shifting pretty radically in real time on Broadway, he said.

To Sullivan Jones, who plays Phillip in Slave Play, Broadway always felt like an elite space. Of course there have been the outliers, but just like a trend of old pieces of theatre that have been composed and worked on by black people, brown people, queer people, and were bringing all of that forth with this, he said.

OHara, who directed both the off- and on-Broadway productions, said the play is incredibly triggering.

Such is the thought-provoking nature of the play that they are holding public conversations on Sunday afternoons for audience members to discuss the play.

They worked with an intimacy director for the plays multiple sex scenes only the second Broadway show to do so.

During rehearsals, he said, the team was predominantly formed of black women. The smallest demographic was white men.

On Thursday night, only the fourth night of previews, audience members queued down the street in the rain to get in and the cast performed to an almost full house.

In the auditorium the audience was vocal in their reactions laughing regularly and at one point breaking out into spontaneous applause mid-scene and gave a standing ovation at the end.

Outside the theatre, audience members said it would take time to process the experience.

Sandra Hood, 62, a senior court clerk from New York, said she was attracted to the play by its provocative title and the reviews of its first run. It sounded like something that would make me want to make my own opinion, because it sounded like there was quite a bit of polarity.

She added: Im digesting it Im still sort of scratching my head about what point or points were intended, so its going to be very individual, what you walk away with.

Paris West, 29, a marketing associate from Westchester county, does not go to the theatre very often and when she does, she usually prefers musicals.

She said: Im still processing it. There are a lot of themes. I sat with my mum so Im really interested in how she feels about it, but yeah, it was great I havent seen anything like it before, its very provocative.

Early viewers on Broadway have so far included the author Roxane Gay, who praised it on Twitter, saying it was incendiary and moving and hilarious and brilliant and uncomfortable and painful and true.

Hamilton star and creator Lin-Manuel Miranda enthused: Dear Jeremy, I cant be at opening but Im dying to see your play and Im so excited its on Bway.